It didn’t come as much of a shock when my doctor told me recently that my cholesterol had skyrocketed. I’ve been buying massive quantities of butter, cream, and eggs ever since I started this blog. (His timing was pretty comical — I happened to be stirring a big pot of cream, sugar, and chocolate when he called.) I decided it was time to seek out some healthier 18th-century recipes.

Salmagundy was a sort of colonial chef’s salad that originated in England in the 17th century, and became popular in America as well. It was served on a large platter with the ingredients presented in layers or geometric patterns, often piled up in a dome shape. END_OF_DOCUMENT_TOKEN_TO_BE_REPLACED 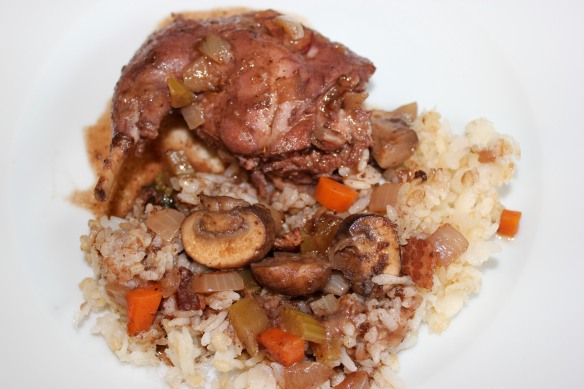 Stewed sparrows, boiled rabbits, barbecued opossum…game recipes like these are common in 18th-century cookbooks, but I tend to avoid reading them. And I can’t look at the skinning illustrations in Joy of Cooking without feeling queasy. Since it’s illegal to sell wild game in New York City, these animals also aren’t easy to come by here. That was my excuse for a while not to try. But I started thinking about how ridiculous my mindset would be to 18th-century Americans, for whom a brace of rabbits was a welcome meal. END_OF_DOCUMENT_TOKEN_TO_BE_REPLACED 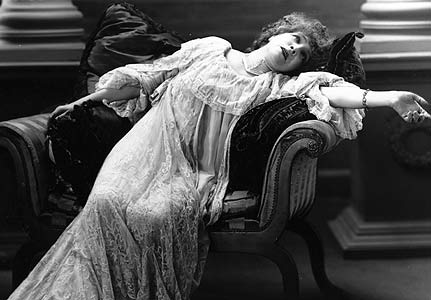 I was going to write about gingerbread this week, but life got too crazy, with school events, birthdays, broken phones, et cetera. I’ve been a little frantic. Which is why I was so taken with Hannah Glasse’s recipe for “hysterical water” in The Art of Cookery Made Plain and Easy, a cookbook published in 1747 in England (and later in America). I did not actually make this recipe — and you’ll soon understand why.

Take betony, roots of lovage, seeds of wild parsnips, of each two ounces, roots of single piony four ounces, of misletoe of the oak three ounces, myrrh a quarter of an ounce, castor half an ounce, beat all these together, and add to them a quarter of a pound of dried millepedes; pour on these three quarts of mugwort water, and two quarts of brandy, let them stand in a close vessel eight days, then distill it in a cold still pasted up. You may draw off nine pints of water, and sweeten it to your taste. Mix all together, and bottle it up.

I’m not recommending you try this at home — unless perhaps you’re a Hogwarts student. Here’s my suggested modernized version, for those who feel hysterical but aren’t up for consuming millipedes: Take two quarts of brandy, pour into glasses, and serve.

Copyright © 2012-2020. All articles and images posted to this blog are copyrighted by Karen Hammonds.