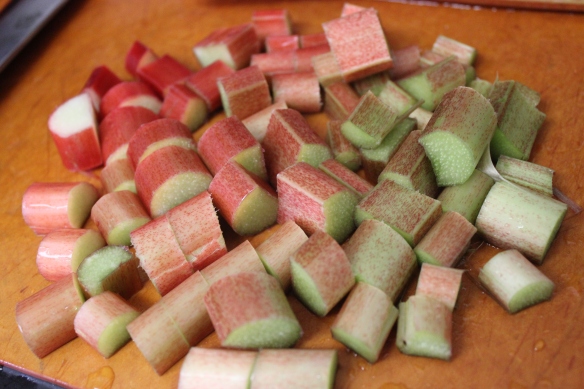 When I started researching historic rhubarb recipes, I was surprised not to find any in 18th-century cookbooks. It turns out that rhubarb cultivation for food had just begun in Europe then, and it was nonexistent in North America. The root of this tart plant had been used medicinally in China for thousands of years, to treat indigestion and other problems. Rhubarb was eventually grown in Europe for medicinal use, but the stalks weren’t eaten until the mid-18th century, and rhubarb wasn’t a common food until the 19th century. END_OF_DOCUMENT_TOKEN_TO_BE_REPLACED

Copyright © 2012-2022. All articles and images posted to this blog are copyrighted by Karen Hammonds.