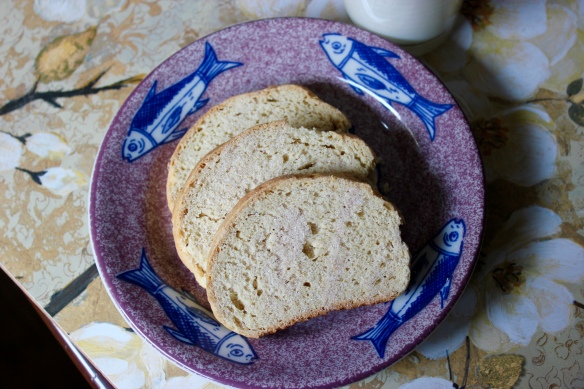 I wrote about rusk several years ago, after making it in an open-hearth cooking class. But that was soft rusk, which is really a misnomer because true rusk is a hard, twice-baked bread that is sliced before its second baking. Most Americans know it by its German name Zwieback, meaning “twice baked.”

Many of us ate Nabisco Zwieback when we were little — you may remember the striped yellow box with a smiling boy on it. I was sorry to learn that Nabisco no longer makes this bread. It seems to have gone out of favor in the United States, although you can still buy zwieback imported from Germany. END_OF_DOCUMENT_TOKEN_TO_BE_REPLACED

Copyright © 2012-2022. All articles and images posted to this blog are copyrighted by Karen Hammonds.