Long before bitcoins, the new digital currency that completely mystifies me, a coin called the pine tree shilling caused a big stir in colonial America. In the mid-17th century, the Massachusetts Bay Colony was flourishing but had a shortage of actual money. England did not want to send its coins to the colonies, since they were in short supply. So two settlers, John Hull and Robert Sanderson, starting minting their own money. These silver coins were known as pine tree shillings because one side was stamped with the image of a tree, usually a pine. (Pine trees, used for ships’ masts, were one of the Bay Colony’s main exports.)

Eventually someone had the bright idea to press one of these shillings into a cookie before baking, creating a tree design. I wish I knew who, and when, but that seems lost to history. I also wish I knew how they did it, because when I tried to imprint this dough with a quarter, no design appeared. Perhaps the pine tree shilling was etched more deeply, or maybe the letters in “Massachusetts” around the coin’s perimeter were what really left a mark. (I’m afraid I couldn’t experiment using an actual pine tree shilling as they cost about $6,000 on eBay!)

I ended up using a mini potato masher to press down the dough and create a design, but you could also use a fork or, of course, cookie stamps. (JBK Pottery makes some beautiful ones.)

1. In a large bowl, cream together the molasses (or cane syrup), brown sugar, and butter.

2. In a medium bowl, whisk together the flour, cinnamon, ginger, baking soda, and salt, and blend into the creamed mixture.

3. Divide dough into two portions. On a lightly floured surface, shape each portion into a roll about 12 inches long and 1 inch in diameter. My nine-year-old hand model demonstrates:

Wrap in plastic or wax paper and refrigerate for at least several hours (or overnight).

4. Preheat oven to 350°F. Slice dough rolls into 1/4-inch thick rounds, and place these on well-greased cookie sheets about one and a half inches apart. Press cookies to flatten somewhat, using a cookie stamp if you have one, or a cooking implement with a pattern. Be creative!

5. Bake cookies for about 8 minutes, until slightly golden and a wonderful smell fills your kitchen. Transfer cookies to a wire rack to cool. Makes about 3 dozen. 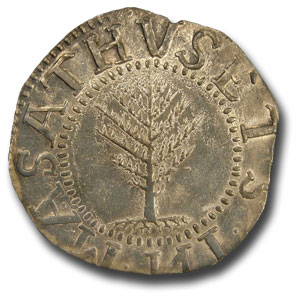