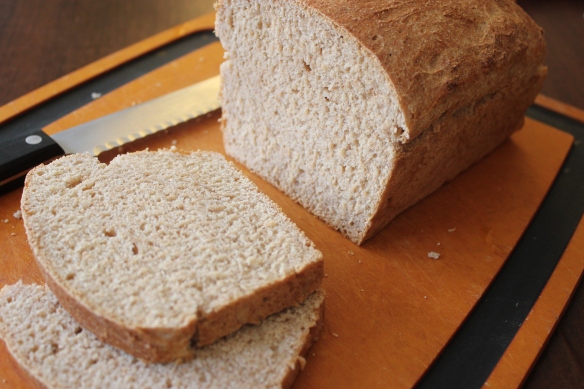 I don’t have a lot of experience with yeast breads, but I couldn’t resist making graham bread after reading about Sylvester Graham, a 19th-century Presbyterian minister who devoted himself to dietary reform and developed the flour that bears his name. Some of his beliefs were pretty eccentric, but in his enthusiasm for whole grain bread, he was a visionary.

Graham had chronic health issues from childhood, and soon after becoming a minister, he devoted his attention to diet and health. He believed that the food people consumed affected not just their physical health but also their moral behavior. He railed against the usual suspects, alcohol and tobacco, but also white flour, sugar, meat, and spices, all of which he felt contributed to impure thoughts and licentious behavior. He also argued for frequent showering (unusual at the time), daily exercise, and the wearing of loose clothing.

Sometime around 1829 he invented the Graham Diet, which emphasized fruits, vegetables, and whole grain bread. At the time, white bread was de rigueur for anyone who could afford it, but it often contained whitening additives like alum, chlorine, and lime. Graham preached against this adulteration and argued — far ahead of his time — that white flour was nutritionally deficient, since most of the bran and germ were removed from the wheat kernels. In contrast, the flour that Graham developed used all of the kernel and so had more nutrients and fiber. (The term “graham” was sometimes applied to all whole wheat flours, but true graham flour was milled differently and was more coarsely ground.)

Graham’s lectures on diet and behavior drew huge crowds, and although many viewed him as a crank, he had thousands of followers. The Grahamites, as they were called, ate boatloads of graham bread and a spartan version of modern-day graham crackers, made without sugar. They would be scandalized by the graham crackers produced today, which are full of sugar and additives, and by the campfire “s’more,” oozing chocolate and marshmallow!

Sylvester Graham’s popularity waned in the 1840s, and he died in 1851 (probably of tuberculosis), but his movement was revived later in the 19th century, and cookbooks from the latter 19th century have recipes for graham bread, muffins, cookies, and griddle cakes. Graham’s writings also greatly influenced Dr. John Harvey Kellogg, the inventor of corn flakes.

Graham flour is no longer widely available, but I found some from Bob’s Red Mill at a health food store. I tried one all-graham recipe from The 1896 Boston Cooking-School Cookbook but found it a little heavy. Then I followed an 1880 recipe from Miss Parloa’s New Cookbook, which used roughly equal parts of white and graham flour. The loaf tasted wonderful — slightly sweet, nutty, and just a little dense, with a soft crust. My family loved it. I think it’s best with jam and/or butter or cream cheese. Sylvester Graham would not have approved!

1. Scald the milk, then let cool to lukewarm (“blood warm,” according to Parloa). Transfer the milk to a large bowl, add the yeast, and let sit for 5 minutes.

2. Add the bread flour to the milk-yeast mixture and beat well. Cover and let this “sponge” sit, covered, for about two hours, or overnight if you wish (but for no longer than 8 hours, and in a cool location). 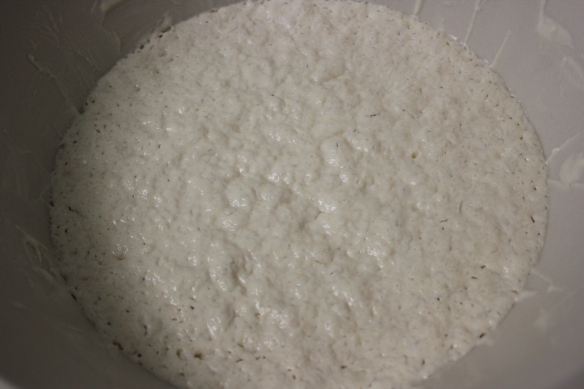 3. Blend the salt and sugar into the sponge mixture, then gradually add the graham flour, beating well. Do this in a stand mixer, if possible, starting with the paddle attachment and switching to the dough hook when all the flour is added. This is a very soft dough, but add a few more tablespoons of graham flour if the dough is really soupy. Beat the dough for about five minutes total, then turn it into a well greased loaf pan. Cover and let rise for about one hour.

5. Remove the loaf from the pan and cool completely on a rack.

Note: If you’d like to make modernized graham crackers, with sugar, butter, and other un-Graham-like ingredients, try Alton Brown’s recipe on the Food Network website.